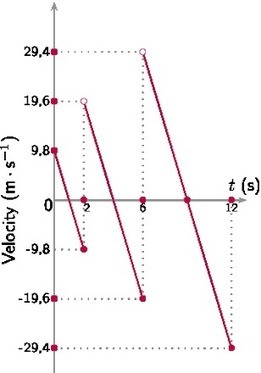 Describe the motion resulting from the velocity vs time graph shown below, assuming an initial height of 0 m, and draw a displacement vs time graph and an acceleration vs time graph:

It is important to keep the following in mind when you draw force diagrams:

Make your drawing large and clear.

The length of the arrow will indicate the size of the force, in other words, the longer arrows in the diagram (FR for example) indicates a bigger force than a shorter arrow (FL). Arrows of the same length indicate forces of equal size (FN and Fg). Use “little lines” like in maths to show this.

Draw neat lines using a ruler. The arrows must touch the system or object.

All arrows must have labels. Use letters with a key on the side if you do not have enough space on your drawing.

If the values of the forces are known, these values can be added to the diagram or key.

A model of the iron sulphide crystal 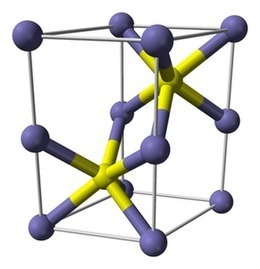 Water (H2O), for example, is a compound that is made up of two hydrogen atoms for every one oxygen atom. Sodium chloride (NaCl) is a compound made up of one sodium atom for every chlorine atom. An important characteristic of a compound is that it has a chemical formula, which describes the ratio in which the atoms of each element in the compound occur.

A substance made up of two or more different elements that are joined together in a fixed ratio. 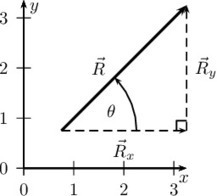